I am very picky about where and when I ride my bicycle these days. I rarely ride into the city. To do so requires big cajones. Speed is an essential ingredient. The alternative slow, circuitous route, is slow and circuitous. But early on a Saturday morning, I ventured onto the most direct route. It was so quick and easy. There was an ever so slight breeze at my back, but best of all, it was pretty much car-free and I enjoyed the extra space that we are told is very expensive and difficult to come by. Too hilly, too far, too wet to ride bicycles, they like to tell us. NO, NO, NO! Too many cars is the real issue.

It’s easy to know when you have reached the Auckland CBD. Everything starts to become less human, more 60’s traffic engineer’s wet dream. The roads get wider and faster and multi-levelled. The motorway doesn’t exactly dissect the city’s heart. It’s more like an festering sore running along its perimeter.

The Dominion Rd traffic sewer, looking north towards the CBD from the Mt Roskill shops.

My sincere hope is that one day we will be able to look at this photo and laugh about how there was a time when Dominion Rd was used as a traffic sewer and separated cycle paths were just a dream of the few and foolhardy. 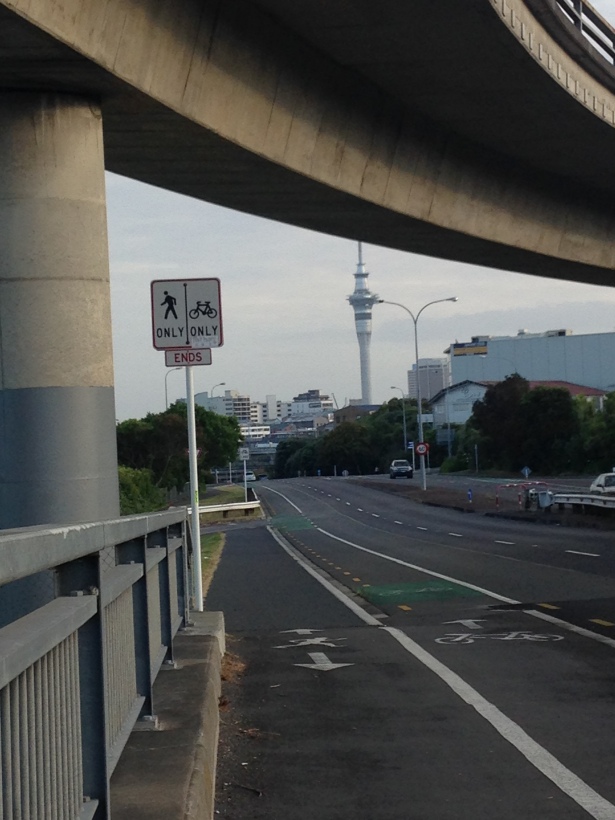 Under the Dominion Rd ‘flyover’.

If Auckland was a house, you would be now standing on the doorstep. Who would turn down such a generous invitation to enter the city by car? 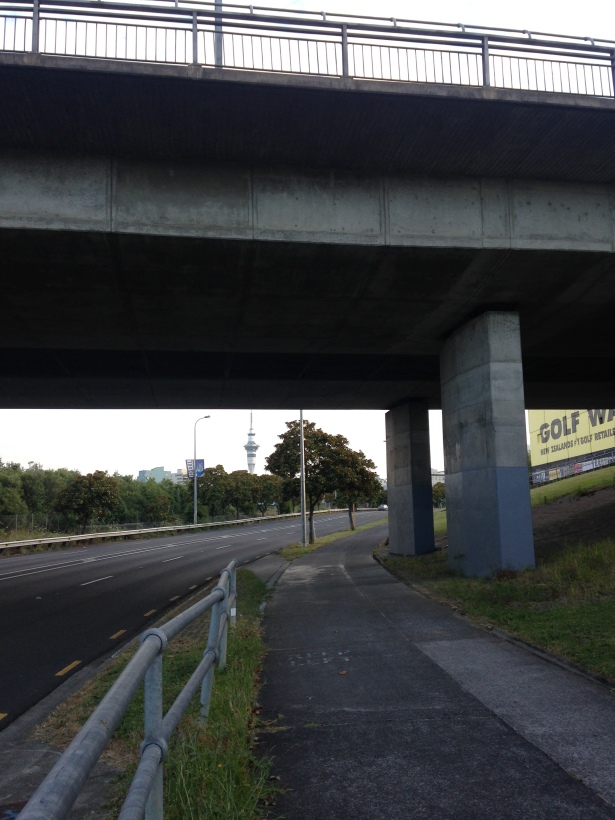 Under the Newton Rd ‘flyover’.

A concrete structure that is designed to accommodate vast volumes of traffic and justified because, “it keeps the wheels of commerce turning.” But this narrative is starting to loose its lustre. There is an alternative narrative to be told. 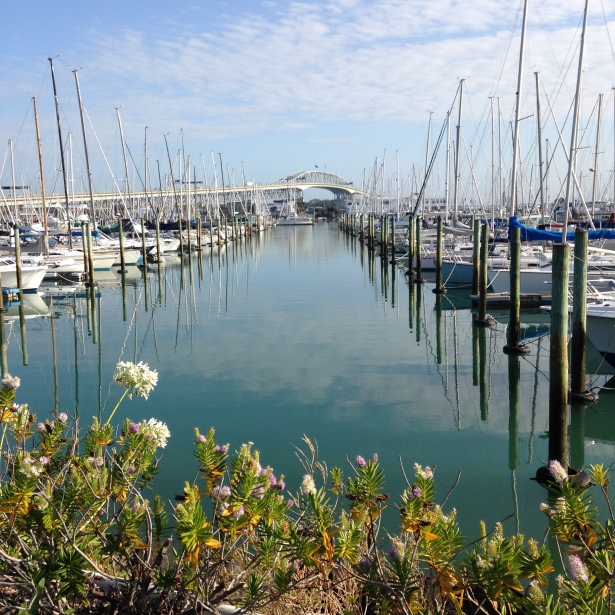 Auckland city has a location to die for. It has harbour views, is north facing and is wonderfully endowed with natural beauty. Urban design experts from all over the world tell us this, so it must be true. They also tell us that this beauty is being squandered by allowing itself to be a car magnet; for giving priority to moving cars over people.

Sadly, by the time I started to head home, the space I enjoyed on Dominion Rd in the morning had all but vanished. It had all been reclaimed by the cars. Both moving and stationary. And that breeze I had enjoyed early in the morning seemed to have strengthened.

Riding a bicycle in the city is so easy when…

‘Cycling’ is sport and recreation. ‘Riding a bicycle’ is everyday activity. No sweat. As easy as walking, but faster.

What are your thoughts? Cancel reply